Skip to main content
| Shipping Worldwide | Use NEWYEAR10 for 10% off

The Afghan Cultural Event 3.0 was organised by Ariana Abawe founder of Ariana Magazine and BIzhan Neromand founder of A&B Films to showcase the beautiful Afghan culture as well as support those back home.

It was great to see everyone standing shoulder to shoulder to Afghanistan’s national anthem as one, this was beautifully played by Jessica Bollywood Violinist, and thank you to Sear Sadat founder of Sears Accountants for opening up the show! Thank you to the amazing audience, those who supported, and helped out on the day, the amazing companies which sponsored the event Paywastun, Pro Vitamin Co, Farah’s Couture, Watani Box, Ajs Wraps & Customs, Sears Accountants, Blue Angel Jewellers, Mac Store London.

We Afghans need to support one another and always stay united. Such events are vital!

Ariana Abawe from Ariana Magazine, Bizhan Neromand from A&B Films, and Hasib Fakhir from Mac Store london hosted and organised the first British Afghan Business Awards on saturday 18th June 2022 at PINQ, London. The event was held to recognise and celebrate Afghan businesses in the UK, as we rise by uplifting one another. There were 14 categories at the awards event,  amongst them were creative, food and hospitality, clothing of the year and much more. 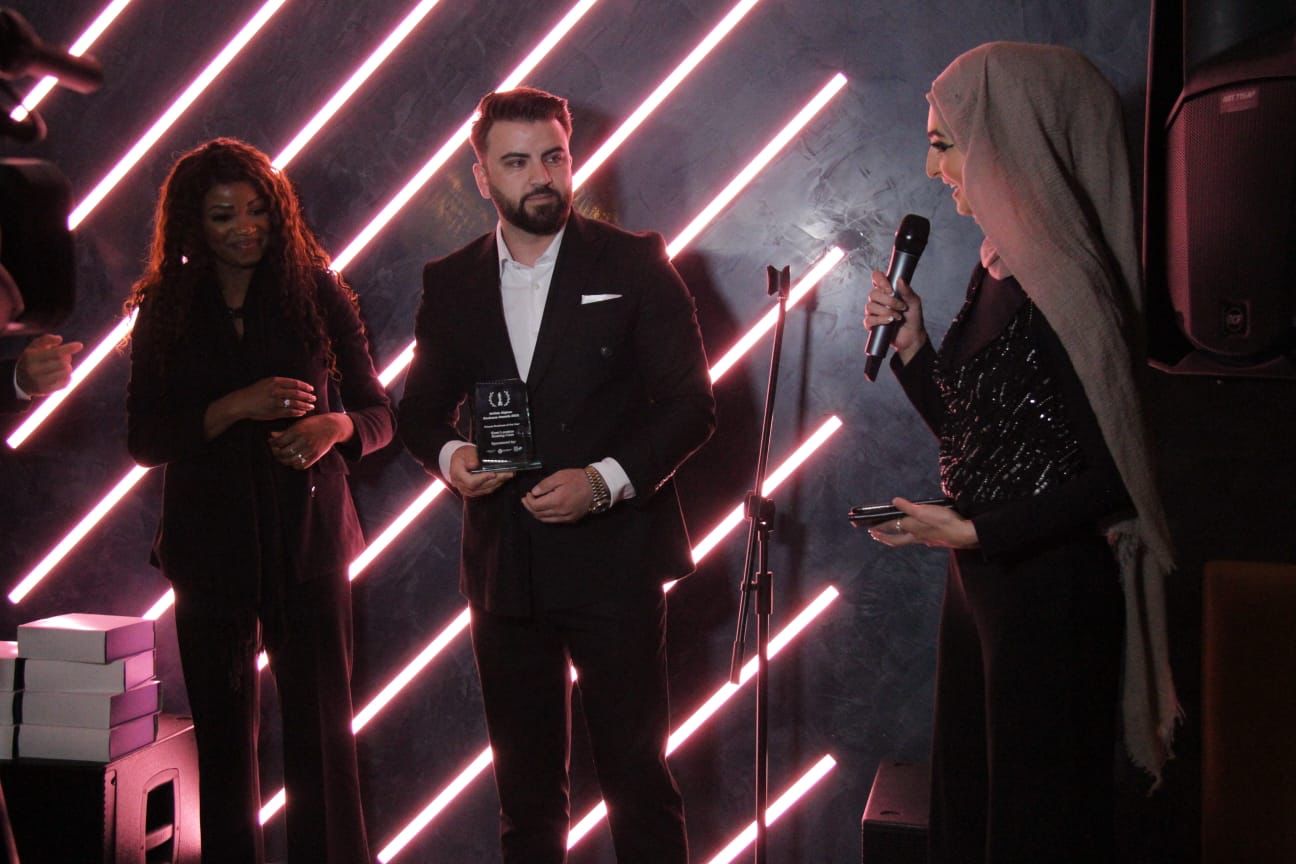 Thousands of Muslims gather in Harrow to celebrate Eid Ul Fitr: MAY 2022

Thousands of Muslims gathered together in Kenton Recreation Ground, Harrow, to celebrate Eid Ul Fitr on May 2nd 2022 which marks the end of Ramadan, the month of fasting for Muslims.

This was the first time the Eid festival took place in Harrow in support of Afghan refugees in the UK and was open to everyone.  Ariana Abawe founder of Ariana Magazine and  Bizhan Neromand founder of A&B films hosted and organised the event.   The festival had an Eid prayer, stalls including Afghan food and Afghan sheeryakh (Icecream), Kite flying, bouncy castles, fashion show displaying the Afghan clothing and much more.

Ariana Abawe said: “It was amazing to see thousands of people attend this festival which has taken place for the first time in Harrow, and which is in support of Afghan refugees. Through this festival I wanted to showcase the beauty of our Afghan culture to the wider community, celebrate eid together as well as help those who recently came as refugees from Afghanistan to help them integrate into society as easily as possible." It was lovely to see everyone at the second Afghan Cultural Charity event organised by Ariana Magazine in association with A&B Films production which showcased the beautiful Afghan culture as well as raised money to help the less fortunate in Afghanistan during these harsh winter months. We have more events coming up bakhair. ‎‏Thank you to the amazing Afghan singer Alia Ansari and Mac Store London for the beautiful fashion show showing the unity of Afghans. Thank you to our guest speaker Sadaf Sultani. Thank you to Sapphire Bridal London for the beautiful bridal fashion show. Thank you to the amazing Afghan singer Shabir Quraishi, Rabi Hanif for the tabla, and Jamil Yousifi for the keyboard, thank you to the dance performers Fahmida Khan and Raman Bewas And the attan team Arman Khan. 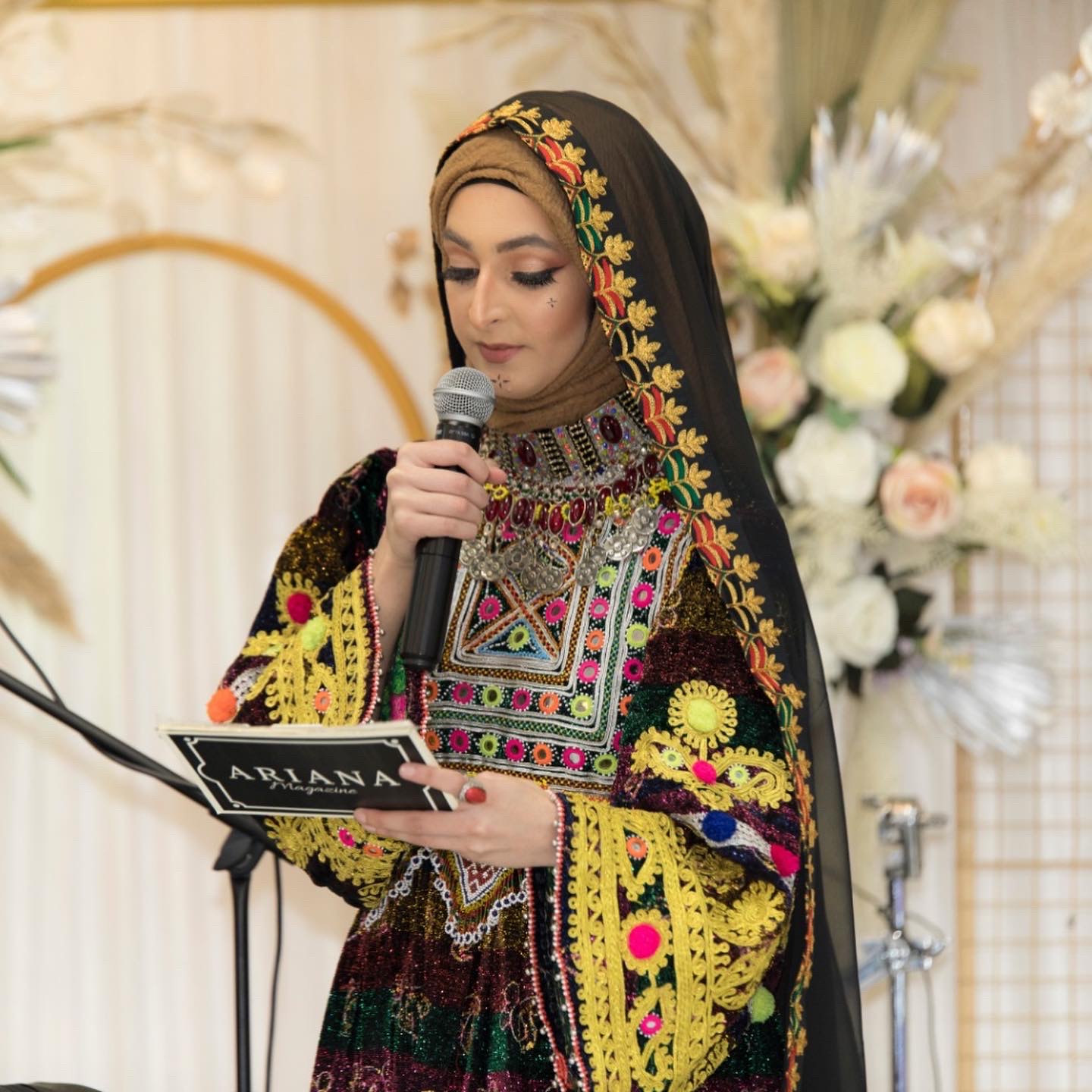 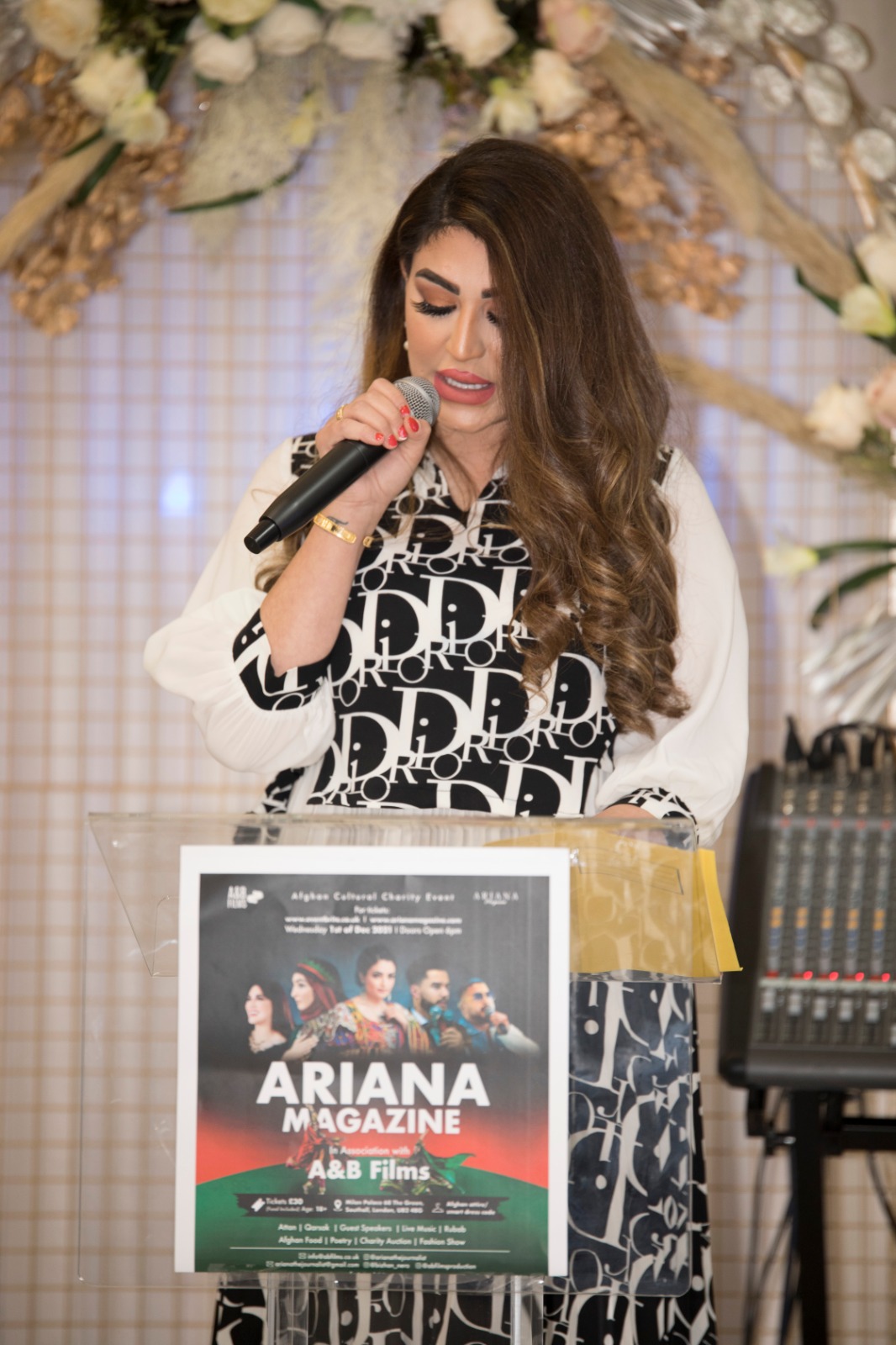 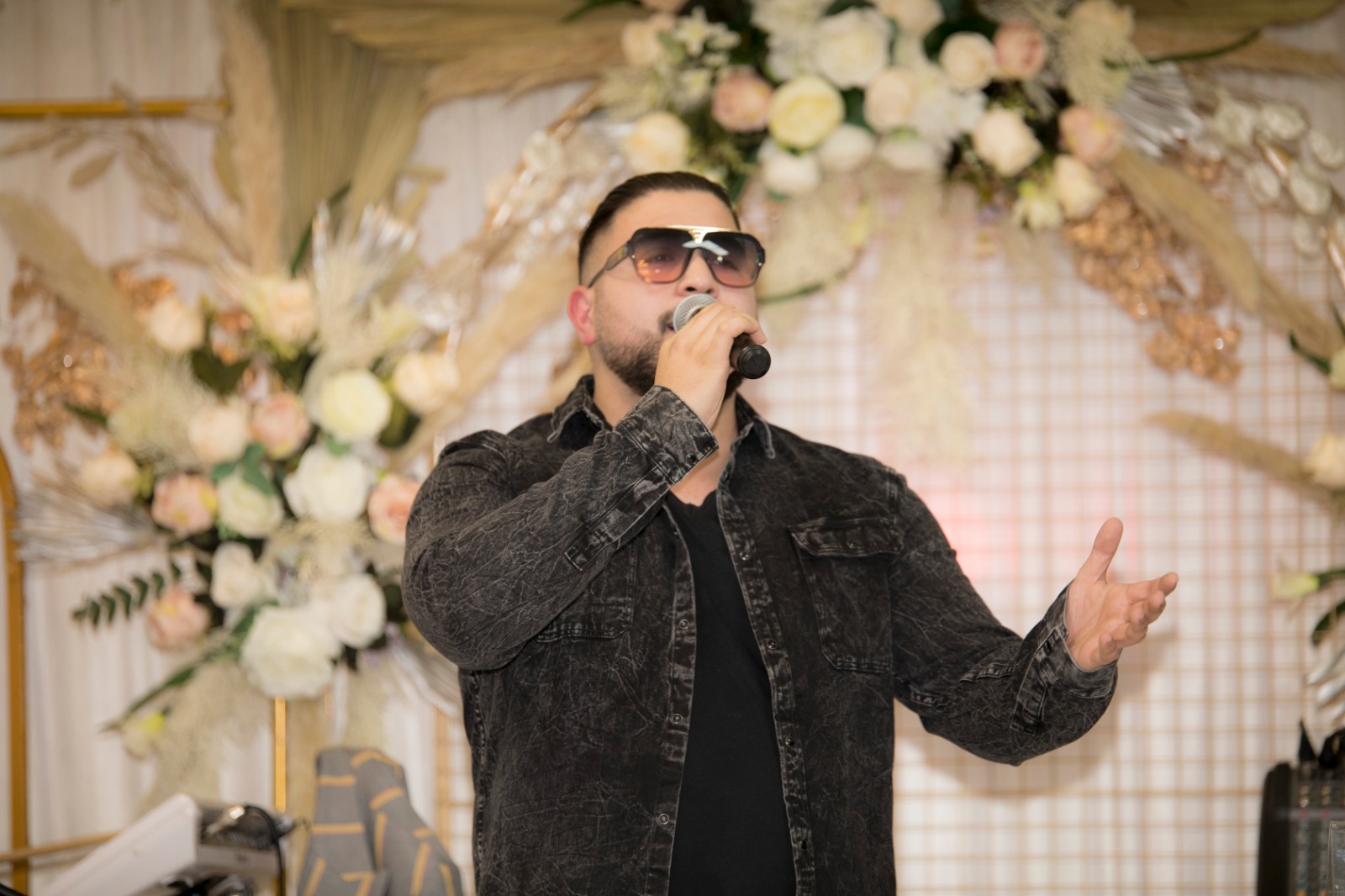 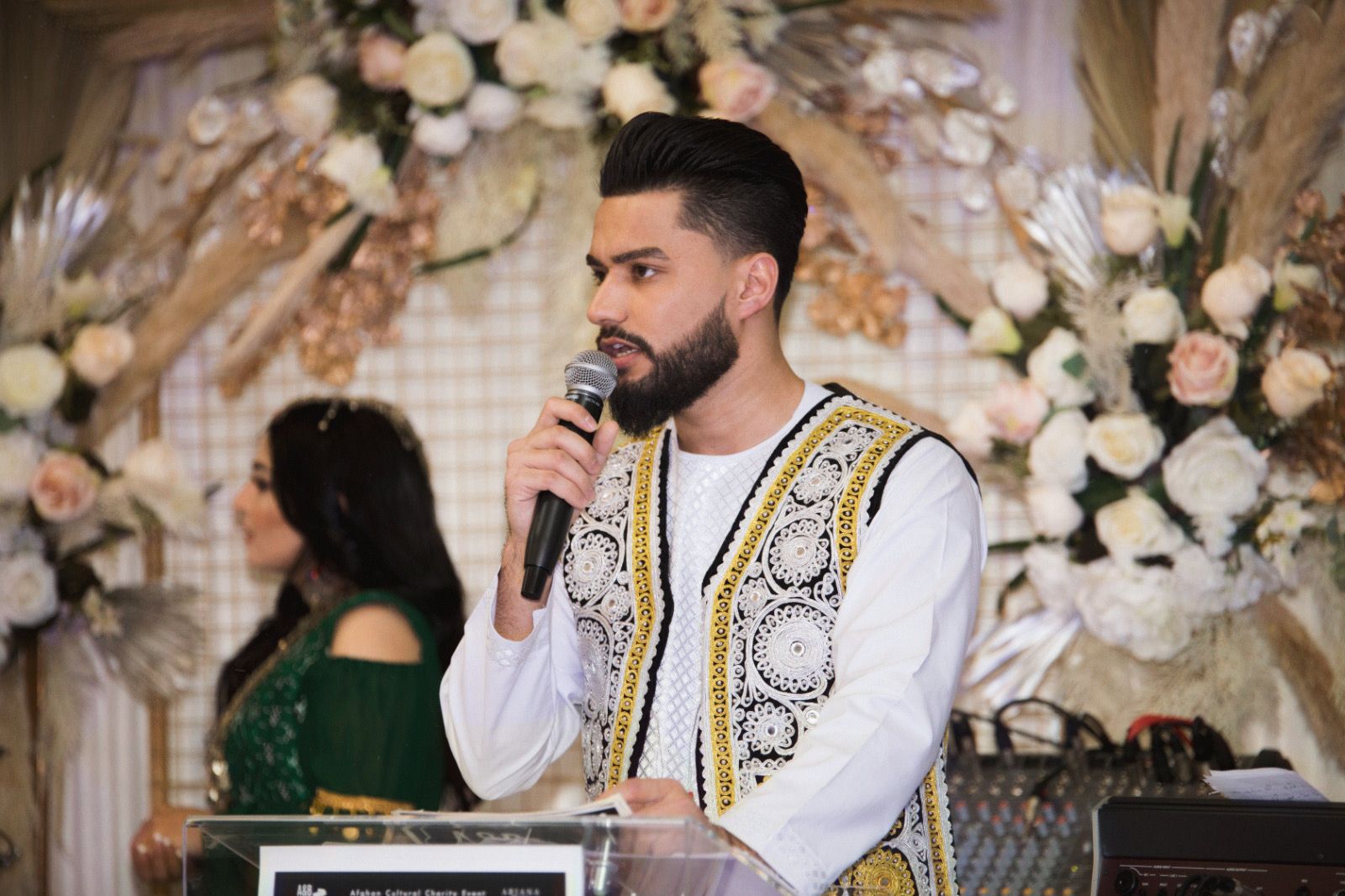 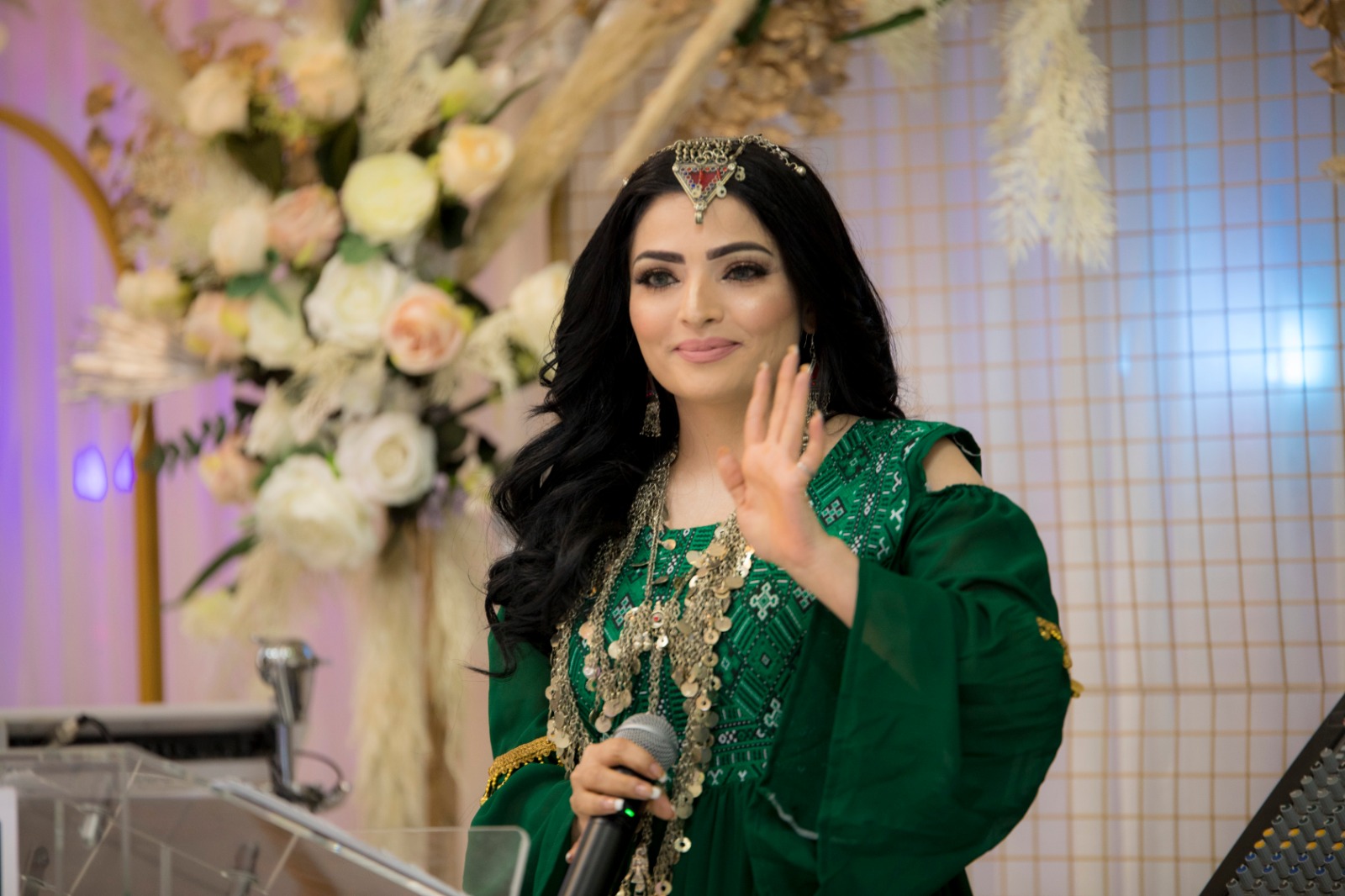 The first Afghan Cultural Charity Event on the 1st of September 2021 was organised by the founder of Ariana Magazine- Ariana Abawe and the founder of A&B Films Bizhan Neromand. We raised money for the less fortunate in Afghanistan so we can provide them with food packs with essentials. We also raised awareness about the situation in Afghanistan and paid tribute to those who lost their lives.  We also showcased Afghanistan’s rich history and culture because it is at stake of being extinct, and its being suppressed more than ever. We have to keep our culture alive.  We had the talented Afghan singers Tawab Jawed and Shabir Quraishi to showcase our rich musical heritage. Afghan fashion show by Mac Store London and Somy London to show the diverse and rich diversity in Afghanistan and the talented Afghan talented creatives we have. We had poetry which is a big part of the Afghan culture as a form of entertainment and communication, we had live Rubab Mujtaba Yaqub which is the national instrument of Afghanistan, we had amazing Suleiman Omar and Ziba Tabrizi performing the Afghan dance. We had a talented Attan group Arman Khan to showcase the national dance of Afghanistan to everyone. We had a charity auction and raffle where amazing companies generously donated items. Armo Cakes, VU Lounge, Cue Point London, Heriot Cakes, Attan Cosmetics, Veezha, Afgnstnco, Arthoughts, Number Plate Master, Estheticse, Sketchonfleek, Helen Saberi, Niko, Venture Photography. We had the successful businesswoman Diva Patang who gave a fantastic motivational speech which portrays how far Afghan women and the people of Afghanistan have come within the past decades. We had another guest speaker Sear Sadat talking about how we should be United more than ever. Thank you to everyone who attended, and took part for charity and thank you to all the volunteers on the day, and all the sponsors: Ace Delivery Solutions, Sears Accountants, Afghan Sarafi, Your Voice TV, Safaa Studio UK, Luxury Effects UK, Darya App, Milan Palace, Nero Services, GoTecNow, Mac Store London, The Palace T5.  Photo credits: Tamem Khuram T.K Visuals. 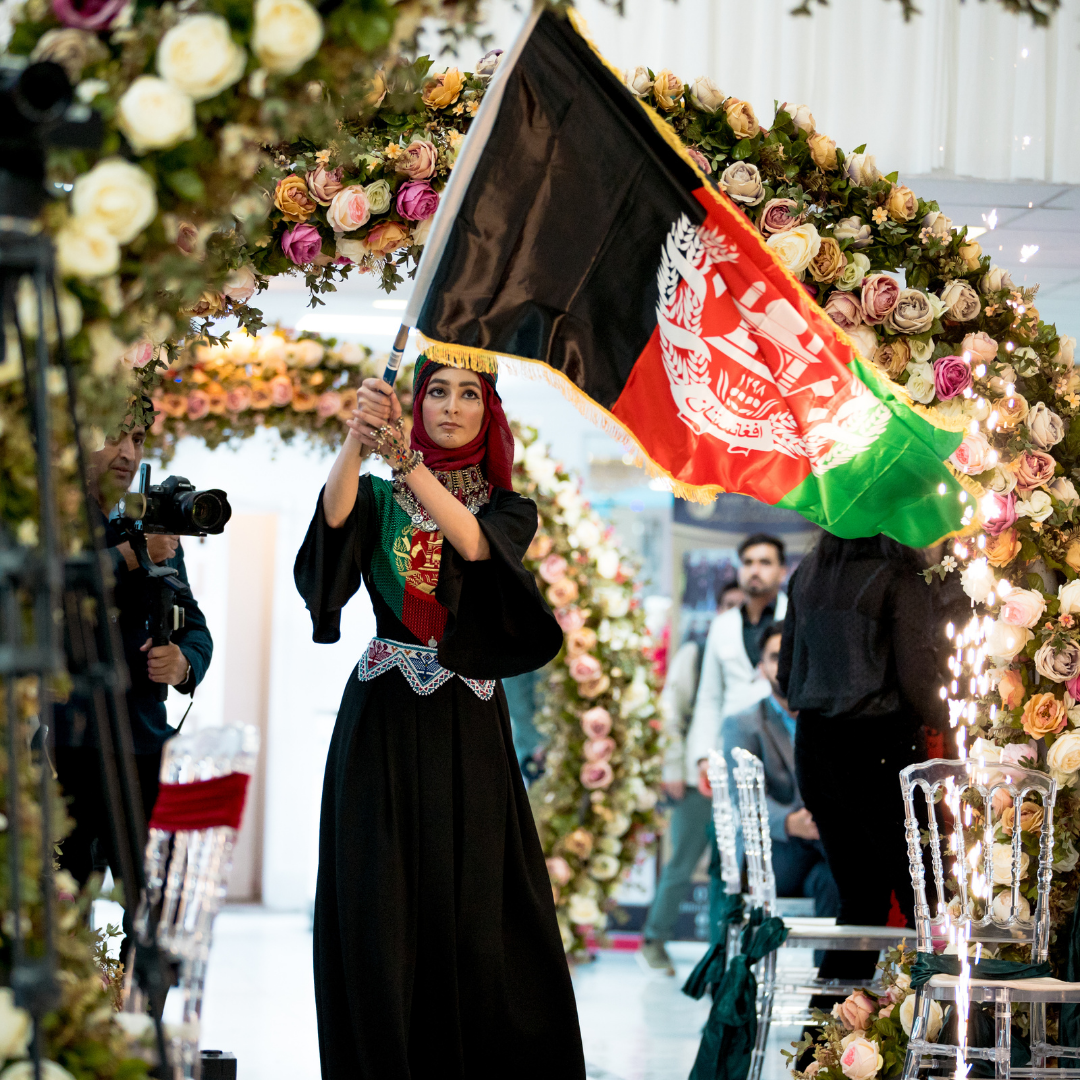 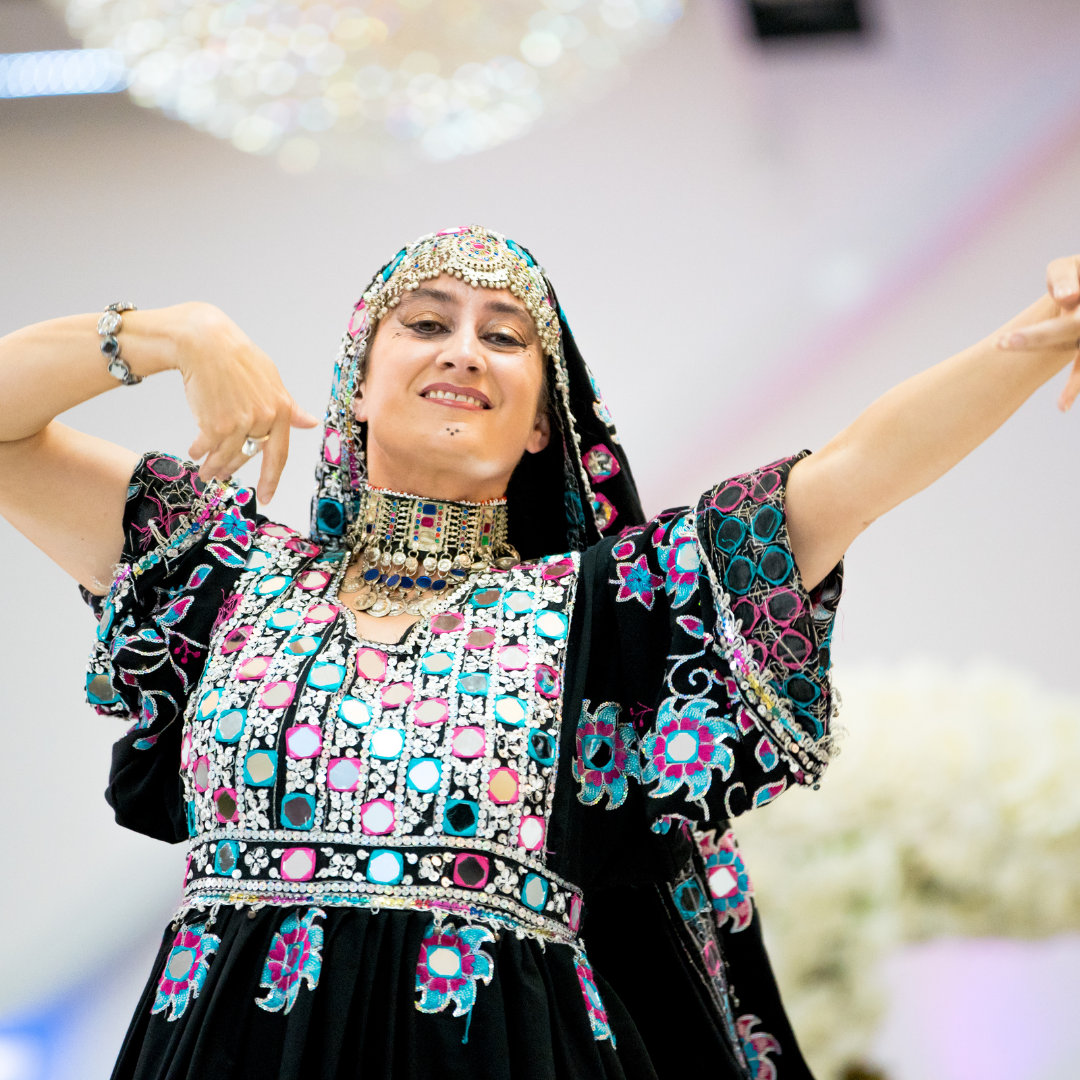 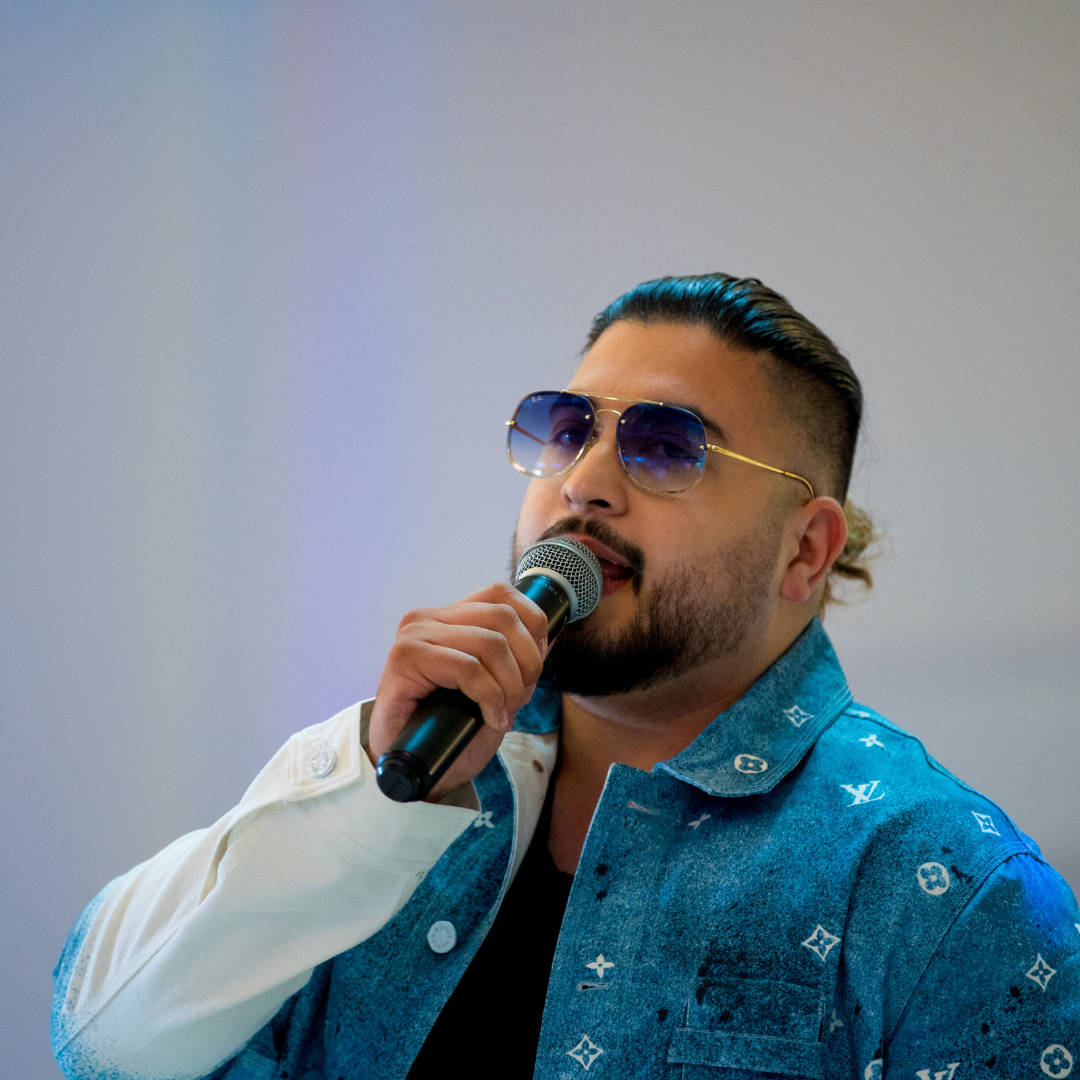 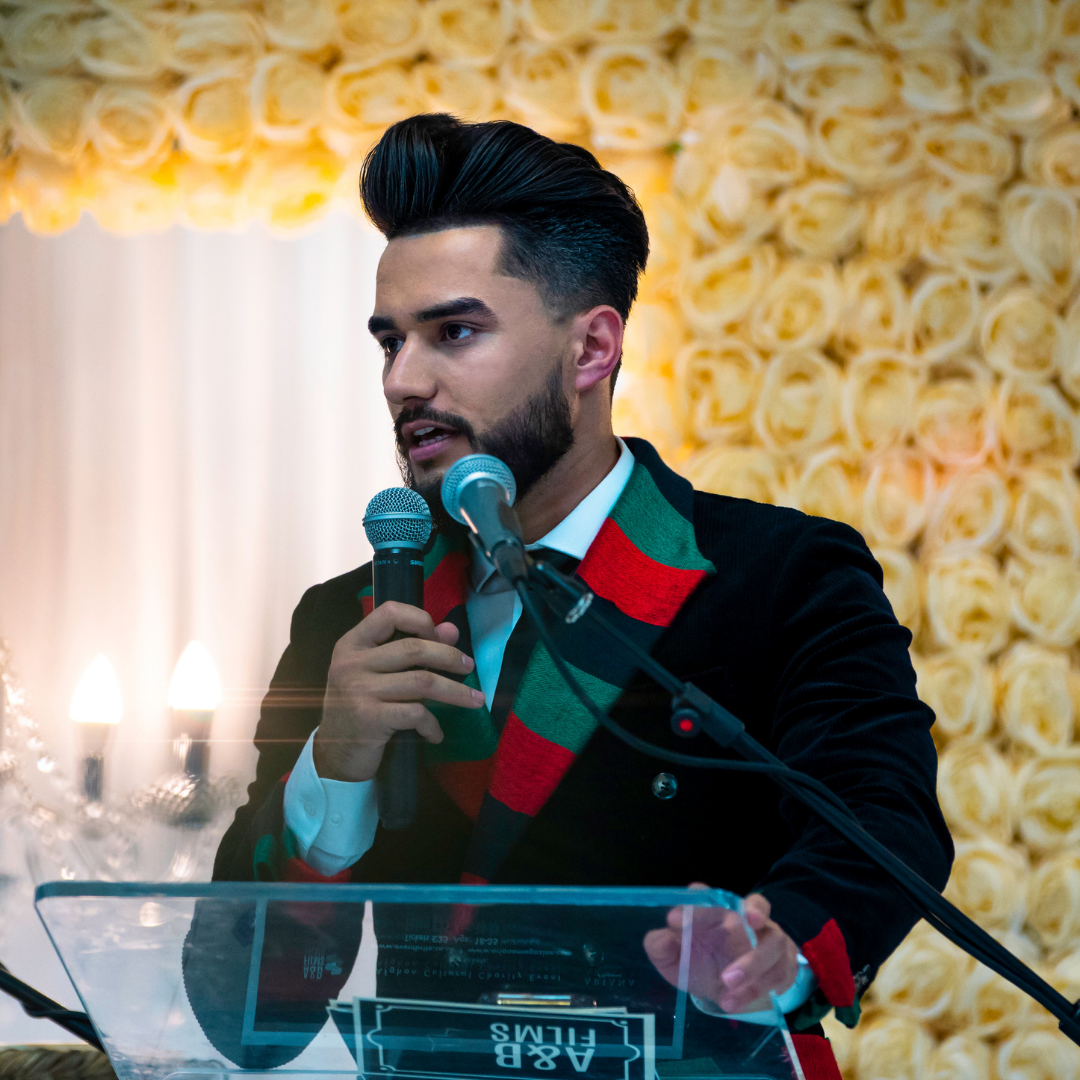 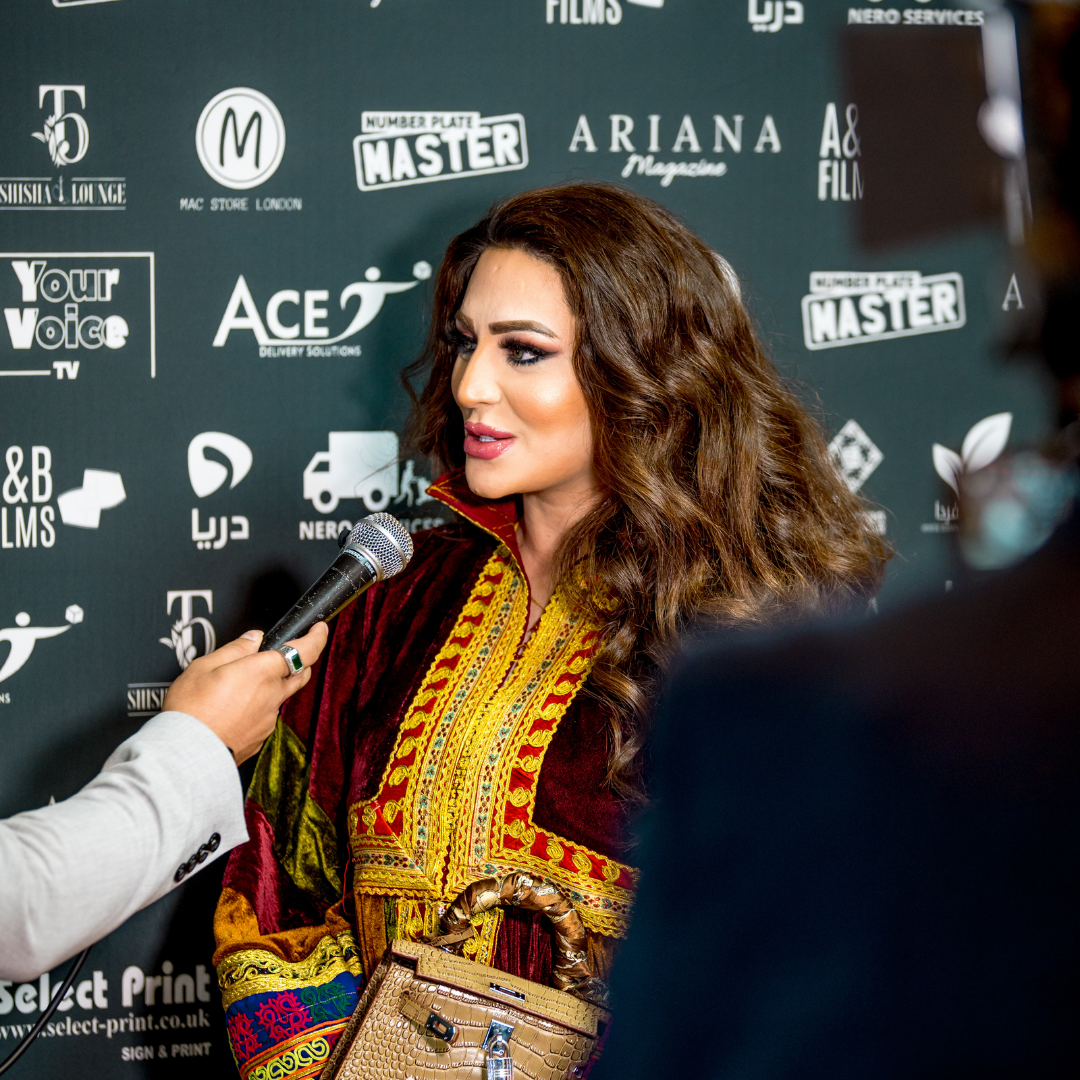